In the lawsuit, BBBS SWLA, a non-profit corporation, accuses AmGUARD, a Berkshire Hathaway subsidiary headquartered in Pennsylvania, of not paying the amount of estimated Hurricane Laura damages in a timely manner.

A month before filing the lawsuit BBBS SWLA Executive Director Erin Davison was in Baton Rouge at the joint meeting of the state Senate and House committees on insurance, where she complained about claims handling relative to Hurricane Laura damage, and she put most of the blame on third-party adjusters.

According to the complaint BBBS SWLA filed in the United States District Court for the Western District of Louisiana, Hurricane Laura and its aftermath caused “significant damage” to BBBS SWA’s Common Street office, building and contents, which interrupted many of the services that BBBS SWLA provides to the community.

When Hurricane Laura hit Lake Charles on Aug. 27, BBBS SWLA had in force a commercial property insurance policy with AmGUARD for which BBBS SWLA paid a $10,057.40 annual premium, never missing a payment.

Two and one-half weeks after Laura made landfall in Cameron Parish with sustained winds of 150 mph, on Sept. 7, an AmGUARD adjuster inspected the BBBS SWLA location.

According to the petition for damages, the adjuster’s inspection “constituted satisfactory proof of loss sufficient to provide AmGUARD with actual knowledge of the scope and extent of the damages.

AmGUARD received the adjuster’s damage estimate on Oct. 15, according to the petition, and AmGUARD determined the replacement cost value of the damage to the building totaled $98,376.06. Finding the scope of the damage insufficient, BBBS SWLA retained an adjuster of its own to evaluate the damage. BBBS SWLA alleges AmGUARD’s estimate fails to adequately account for all wind damage. In its lawsuit, BBBS SWLA contends that it can show the “complete scope of the observable damage” is $254,302.81.

In any case, BBBS SWLA asserts that Louisiana state law requires insurers, including AmGUARD, to tender the full amount of its estimate within 30 days of satisfactory proof of loss. Since AmGUARD failed to tender the undisputed value of the claim within 30 days, BBBS SWLA states in the lawsuit that AmGUARD is subject to a penalty of 50 percent of the amount found to be due. BBBS SWLA cited Louisiana’s bad faith statutes R.S. 22:1892 and R.S. 22:1973 to support its claim.

In addition, BBBS SWLA contends that AmGUARD misrepresented the policy by denying coverage for loss of business income. Apparently, AmGUARD denied coverage because fundraising events that BBBS SWLA hosted were held outside the office, for instance fundraisers at locations such as golf courses. For its part, BBBS SWLA explained that its office is necessary to plan and organize those events.

BBBS SWLA also argued relative to the location of fundraisers that the policy provision states the loss of business income must be sustained “due to the necessary suspension of your operations” and that such suspension must be “caused by or result from a covered cause of loss.” BBBS SWLA states that AmGUARD’s denial of coverage is arbitrary and capricious.

In addition to damages and penalties, BBBS SWLA is seeking attorney fees, costs and legal interest.

AmGUARD signed a waiver of service on Jan. 18, according to court records, and has until March 19 to file an answer to BBBS SWLA’s petition for damages.

The case is assigned to District Judge James D. Cain Jr. who has established a streamlined settlement conference and mediation protocol to expedite resolution of litigation stemming from the 2020 hurricanes, according to the American Press. 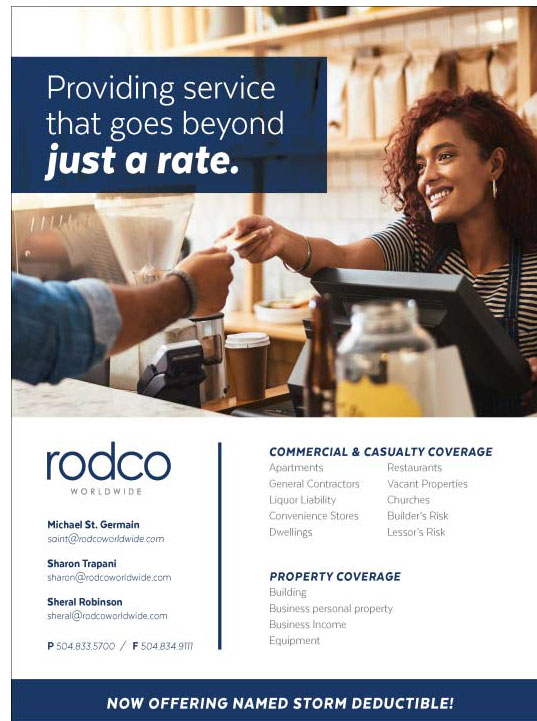