Davis Moore, CEO of Worldwide Facilities, Los Angeles, has worked in the insurance industry since college. He prepared for his career under the guidance of his uncle, Donald Davis, one of the three founders of Worldwide, which celebrated its 50th anniversary in 2020. Worldwide became a longtime member of NAPSLO during Davis’s tenure. Moore was elected as the fifth president of NAPSLO and AAMGA’s successor Wholesale and Specialty Insurance Association when it met March 2 during the WSIA Virtual Underwriting Summit. 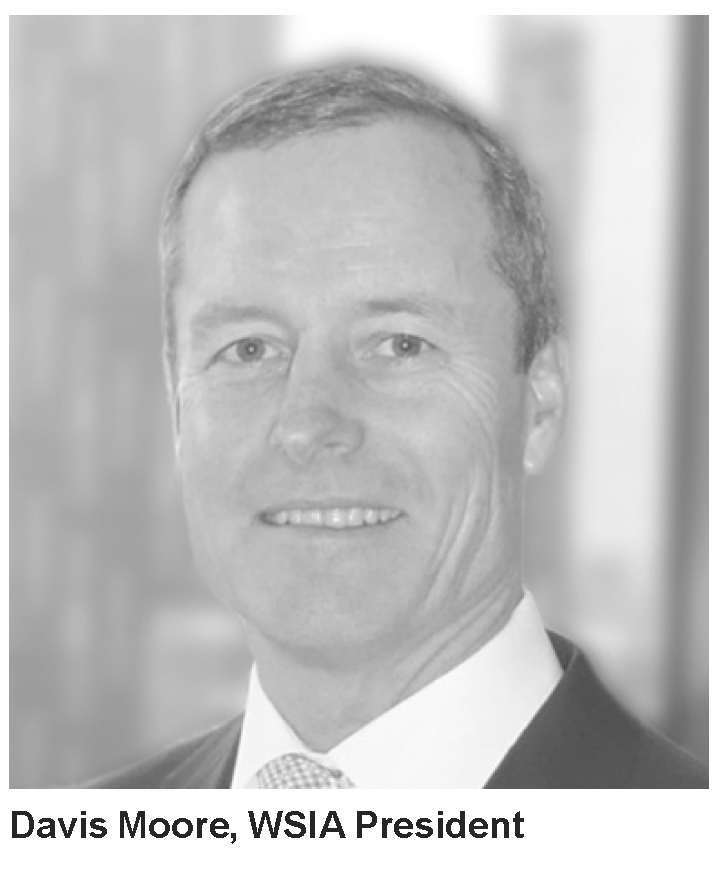 Most recently, Moore was involved in the acquisition of Worldwide by Amwins Group, which was recently ranked 14th in the U.S. by Best Review, based on 2019 revenue. In Texas, Amwins operates as Amwins Brokerage of Texas and Amwins brokerage of Georgia, which together write about 6.0 percent of all surplus lines premium reported to the stamping office.

Of the impact of the acquisition on the Worldwide Facilities, MHI-MGA Division in Texas, Moore said that Amwins is excited to have the former McClelland and Hine operations in the fold. Early on, said Moore, Amwins identified the Texas broker as beneficial to their combined business.

As president of WSIA, Moore sees some challenges. The surplus lines industry is coming out of a year of tremendous uncertainty. Even AM Best and the other rating agencies initially had negative outlooks for the segment. Their outlook moved to stable, said Moore, because the E&S market has proven its resilience. The E&S market is as strong as ever, he said. As the economy reopens, Moore expects the market to see continuing firming of rates.

Hard at work already is the WSIA Diversity Foundation, said Moore, led by Chairman Carlton Maner, AXIS Insurance. The foundation is a charitable organization that promotes meaningful progress of the talent pipeline of the insurance industry with regard to diversity of race, gender, sexual orientation and disability. The new foundation will foster development of risk management and insurance programs at historically Black colleges and universities, collaborate with other industry groups, and, eventually offer summer internship programs, academic scholarships and grants to existing university risk management and insurance programs.

Moore plans to work with the management of WSIA to capitalize on what members view as WSIA’s strengths: advocacy in the regulatory and legislative arenas and networking with each other and carriers. Together, they will look for more ways to continue to bring high value to members in these areas, and he especially looks forward to bringing the group back to in-person meetings.

WSIA is launching a benchmarking program for its wholesale members, so they can assess their operations compared with their peers in the association. The intention is to give members a continuous resource for improving their operations, Moore said.

During two weeks in March, members and staff of WSIA met with members of Congress by phone and virtually as part of the association’s annual Washington advocacy on behalf of members to preserve and enhance their position in the market. Moore joined the effort by phone, reaching the office of Sen. Tim Scott, R-South Carolina. WSIA is known for providing its members comprehensive updates on state and federal legislative activity.

When Moore was interviewed for his commitment to his role as president of WSIA, it was at the last conference of WSIA to be held in-person before the start of pandemic restrictions. Moore looks forward to returning to in-person status, finding networking works so much better that way. He said the Annual Marketplace hosted by WSIA is moving from its usual September to November in hopes the extra months will put the event back to an in-person conference. The event schedule, still labeled tentative on the WSIA website, is for Nov. 16-19 in San Diego.

“We are hoping that the two month difference, moving from September to November, will give us a greater chance of success.” Less COVID cases, more immunities should make it possible to host the conference face-to-face, he said.

Moore is a 1983 graduate of Pepperdine University in Southern California, where he earned a B.S. in business administration. Following graduation, Moore worked briefly on the company side. He completed a one-year underwriting program with First State Insurance Company in New York. While there, he earned a certificate in risk and insurance from the College of Insurance in New York. The following year was spent in a program in London, where he worked with Lloyd’s broker Hogg Robinson Group.

He returned to Los Angeles in 1985 and became a broker with Worldwide Facilities. Moore became its president in 1992.

Moore’s association work includes previous service as director and chairman of the California Surplus Lines Association, 2004-2014 and past director and vice president of WSIA. Moore has been involved with the international Young Presidents Association since 2004; in 2012, he aged into YPO Gold, where he continues to remain active.

No thoughts of retirement with the acquisition by Amwins Group, said Moore, who plans to continue to work in the business indefinitely. Three of his four children are already on the wholesale distribution side of the business and the fourth one has just started in underwriting for an insurance company. The best part of his children following an insurance career, he said, “I didn’t need to talk them into it.”

“Insurance is an incredible industry,” Moore said, noting that the industry was most agile in pivoting to a remote work environment. “What we have shown in the last 12 months speaks loudly about our industry. We are a growing and resilient industry,” he said.

Along with Moore, the Nominating Committee, in collaboration with the Executive Committee and the board of directors, presented the slate of other officers for one-year terms Vice President Bryan Clark, Gorst and Compass Ins., Chatsworth, California; Secretary Dave Obenauer, CRC, Charlotte, North Carolina, and Treasurer Brenda (Ballard) Austenfeld, RT Specialty, Naples, Florida.

Nominated for three-year terms on the board of directors were Cristi Carrington, Brown and Riding, Seattle; Phillip McCrorie, RSUI, Atlanta, as well as Sanders, Moore and Clark.