The Independent Insurance Agents of Texas elected Gaylon Brown, TexCap Insurance, to serve as chairman for 2021-2022 during the business meeting of InsurCon, IIAT’s annual convention held this year in Round Rock, June 23-25.

Brown is CEO and managing partner of TexCap Insurance in Dallas. He graduated from Hardin Simmons University in 1971 and began his insurance career with Millerman and Millerman, where Brown became a partner in 1975. In 1992, the agency sold to Brook Crawford and Associates, then subsequently to Hilb, Rogal and Hamilton in 1994. Brown served as executive vice president of HRH until October 2005, when he helped found TexCap Insurance. 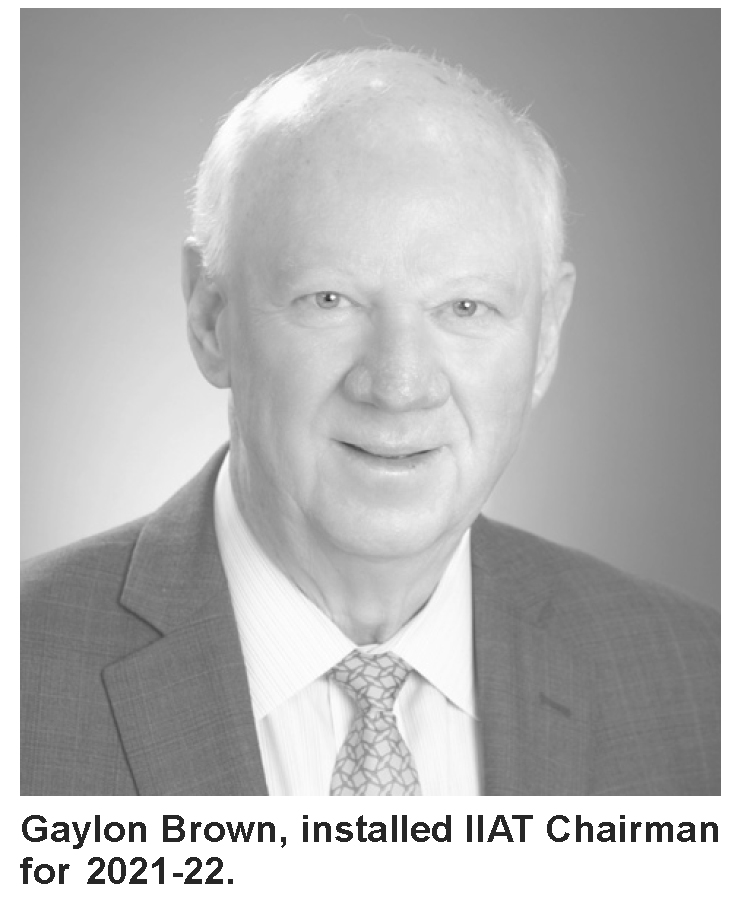 Brown has served on many insurance company advisory boards, state and local associations and committees. He is a past president of the Independent Insurance Agents of Dallas.

In his inaugural remarks to IIAT members attending the installation, Brown noted that he is in his 50th year as an independent agent but has no plan to retire. “I’ve had five decades of relationships, partners, challenges, risks and successes,” he said. TexCap is aligned with Insurors Group, said Brown, a business association that shares one main motivation, a spirit of independence.

The future will bring unique challenges, said Brown, who pledged to work to keep the independent agency channel strong, embrace technological advances, and support the training of new talent in the insurance industry.

IIAT will play a dominant role in helping all meet these challenges, said Brown, as the association “aggregates knowledge for our mutual benefit.”

Brown commended the IIAT board and staff. He said, “Marit Peters has built a team that compares to none other.” Peters has been the executive director and president of IIAT since 2015.

The next 50 years, said Brown, will come with a need to fan the flame of independence among agents. “Bring the fire and become involved with IIAT,” Brown urged.

Brown shared his personal mantra: “Don’t get too high with the highs or too low with the lows.” Such pendulum swings are inevitable, he said. He challenged the agents to actively participate in making IIAT and their agencies better every day.

Brown received two ceremonial introductions prior to the officer installation, one from Lee Loftis, IIAT governmental affairs, and a second from his son Drew, co-president and COO of TexCap and president of IIA Dallas.

Loftis commended Brown for his strong advocacy for independent agents throughout the political milestones of direct bill, internet sales, Covid-19 and more. Brown has remained a strong advocate and visible in the political arena, said Loftis.

Drew Brown gave some personal insights of his father, whom he has worked with for 11 years. His father is known, said the younger Brown, for three traits: kindness, consistency and humility.

Drew Brown said his father provided his foundation. “From him, I have learned to conduct my personal and professional life.”

Drew Brown administered the oath of office to his father.

Also installed with Brown, were new officers and board members. Mark Bridges, INSURICA, was installed as IIAT’s chairman-elect, and Josh Andrajack, Boley-Featherston, vice chairman of IIAT.

Bridges is a third generation insurance agent who started his insurance career in Fort Worth in 1995 at a regional insurance company before moving into the agency force in 2002. In 2004, he moved to Amarillo to open an office for his family’s insurance agency, DFB. In 2009 Bridges was recognized as IIAT’s Young Agent of the Year.

Over the past 17 years, Bridges has helped grow the agency organically and through acquisition. In 2017, DFB merged with INSURICA, based in Oklahoma City. Currently, Bridges is the Texas regional president for a division of INSURICA, with commission revenue of nearly $42 million and more than 200 employees in 11 branch offices.

Andrajack spent the first decade of his career as a commercial lender for a community bank in Wichita Falls after obtaining a finance degree from Midwestern State University. He joined Boley-Featherston in 2007 and became a partner in 2016. In July 2021, Andrajack completed the buyout of the firm’s third generation of ownership to become the controlling shareholder and president. His focus areas include oil and gas and construction insurance, as well as the procurement of new market territories across the state.

Newly elected to the board of directors were Kyle Dean, Dean and Draper, Houston, and Christy Ross, C.A. Ross Insurance Agency, San Angelo. 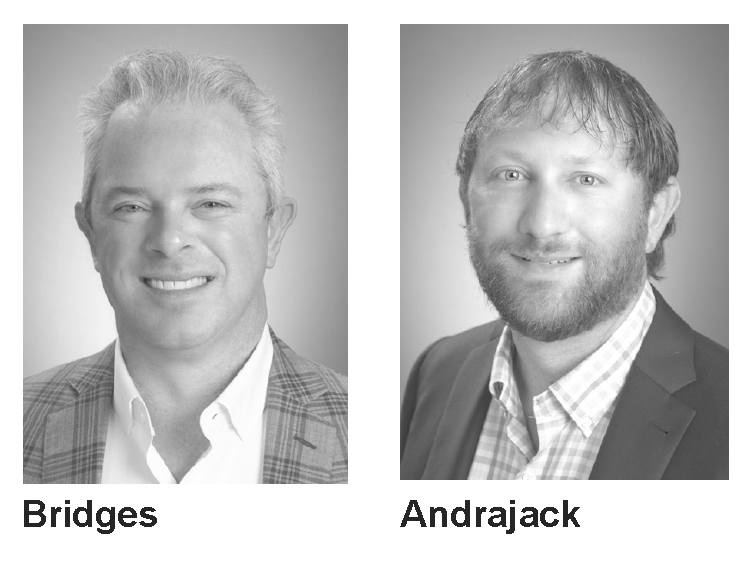