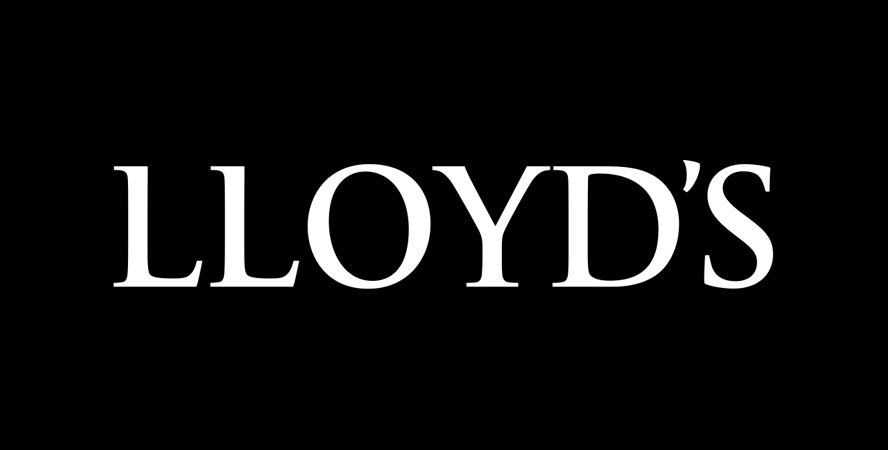 Insurers’ appeal to the U.K.’s Supreme Court relative to their refusal to pay nonphysical damages under businesses interruption policies has failed in what has been described as the most important insurance decision in years in the London market with implications for insurers worldwide.

The appeal followed an action in the U.K. High Court during last summer between certain insurers and their U.K. regulator, the Financial Conduct Authority. At that time, the judgment handed down was seen as broadly in insurers’ favor, but with more certainty required, both sides decided to appeal the decision to the Supreme Court. At stake were losses worth some $1.5 billion.

At first sight, the appeal seems to give thousands of small businesses the right to claim business interruption losses caused by COVID-19. The original argument was over the extent to which coverage purchased under a property BI policy covers financial loss caused by a disease or pandemic. Insurers argued that this cover was not triggered by the U.K.’s lockdown measures. There also was a question as to whether denial of access cover was also triggered by the lockdown measures. Before celebrating, every policyholder should remember that each policy needs to be considered against the detailed judgment to decide if there is a valid claim, and if so, how much will be paid out.

Like most parts of the world, London and Lloyd’s insurers’ wording have differences, but usually they all have a disease clause, a prevention of access clause, and a trends clause. To collect, policyholders had to prove a link between the financial loss and the occurrence of an infectious or notifiable disease.

Insurers argued about how these clauses should be interpreted. They relied on the 2010 decision by the U.K.’s Court of Appeal in Orient Express Hotels v. Assicurazioni Generali where the insured was judged to have failed to satisfy the “but for” test of causation. While insurers accepted that the Windsor Court Hotel in New Orleans had been damaged by Hurricane Katrina, they alleged it would have suffered the same business interruption loss because of the devastation to the surrounding area, whether or not the hotel was damaged. Under the hotel’s policy, the causation clause used was only concerned with the damage to the hotel and not the underlying cause of the damage, which insurers successfully argued was the devastation in the surrounding area. The U.K. Supreme Court dismissed this as a defense.

On causation, the court ignored insurers’ argument that it is necessary to show that losses must be caused by an insured event and that COVID-19 was the effective cause of the losses, which was not an insured peril under the policies. Insurers argued that the insureds’ BI claims were the result of concurrent causes. It is common to apply the “but for” test to determine which is the effective cause of loss. In other words, a given cause, act or circumstance will be considered the effective cause if the relevant loss or damage would not have occurred without it.

The court rejected that argument and found that the “but for” test did not determine causation. This ruling makes it difficult to deny cover on the basis that losses that would have otherwise been covered have resulted from an uninsured event.

On the prevention of access clause, which normally requires closure by a public authority, the court decided that the U.K. Prime Minister’s instruction that businesses should close was a restriction that was clear and mandatory on behalf of the U.K. government, and therefore, losses are recoverable.

The court also clarified how insurers should interpret the trends clause. The court rejected insurers’ argument that the amount of any loss should consider the negative impact of the uninsured effects of COVID-19.

Insurers reacted to the judgment with disappointment. For Lloyd’s overall, the result is not a disaster, as the market has a smaller share of SME business compared to its company rivals.

One Lloyd’s managing agent who writes a book of SME business is Hiscox. In a statement to the market, Hiscox said that less than one-third of Hiscox’s 34,000 U.K. business interruption policies may respond to losses as a result of the appeal. It estimates its additional business interruption losses to be $48 million net of reinsurance. To this Hiscox has added an estimate for the cost of this year’s (2021) government restrictions, which it believes will be in the region of less than $20 million to the end of March when current restrictions are to be lifted.

AM Best has concerns that, while COVID-19 issues will reduce when the March anniversary of lockdowns is reached, there will still be ongoing, battles with reinsurers and the need to repair the industry’s damaged reputation with policyholders.

AM Best has produced a report, UK Commercial Property Insurers-Looking Beyond a Difficult 2020, and said that actions taken to define BI cover more clearly during 2020 should mean the majority of COVID-19-related exposures will have run-off soon after the anniversary of the initial lockdown in March. These actions should lead to significantly better claims experience in 2021, as pandemic cover will be excluded in most cases.

The report warns, however, that disputes over BI cover have highlighted the potential for a gap between insurers’ and customers’ understanding of what is covered by the insurance contract when policy wording is not sufficiently clear. Best believes it is important that transparency is improved and that there is greater clarity as to what is covered in a BI policy.

One major worry for London insurers is the potential battles with reinsurers where cover is on an excess of loss basis, and there is not the follow-the-fortunes clause that is used in proportional business. Just as the business interruption wordings are open to interpretation, so are the clauses in excess of loss wording that deal with aggregation of COVID-19 related claims geographically on various lines of business, as well as how an event or occurrence is defined that triggers reinsurers’ cover.

There’s no such thing as a free lunch, and as policyholders will find out, winning this case is only the start of their problems. Insurers thought their exclusions and limitation clauses were sufficient to protect them and have retaliated by inserting wholesale exclusions for epidemics and pandemics to rule out any unintended coverage. Policyholders may well feel that there is no point in paying premiums if insurers won’t pay claims, but ultimately, pressure is expected to be put on governments to provide some type of umbrella protection for insurers such as that provided by TRIA for terrorism risks.

Lloyd’s CEO John Neal has been pressing for government help for some weeks. He said the government and insurers need to sit down and talk “very quickly” to find a way to deal with pandemic losses in the future. Neal said that Lloyd’s is frustrated that little progress has been made on forming a partnership for future outbreaks.

One other effect of COVID-19 has been the inability of organizers to buy event cover. Premiums have soared and cover reduced as a result of the pandemic, and a number of high profile events in the U.K. and Europe have already been canceled. Lloyd’s broker Tyser has begun lobbying the U.K. government to support festivals and live music events. Tyser wants government to provide cover for insurers, so event organizers can get the insurance they need. So far, the government is not playing ball on either issue.

The days when wealthy individuals made up the membership of Lloyd’s have long gone. Today, the market is dominated by corporate capital even though there are still many individual members. One of the aims of Blueprint One on the future of Lloyd’s is to simplify access to the market for institutional capital and the rules and processes of joining. At present Lloyd’s capital comes mostly from other insurance organizations, but the market is looking at insurance linked securities as a new source of capital, which will give access to sovereign funds, hedge funds and pension funds as well as other alternative capital sources.

The U.K. government changed the regulations on ILS capital in 2017, and the U.K.’s Prudential Regulation Authority and the Financial Conduct Authority have approved multi-insurance special purpose vehicles which will allow the ILS market into Lloyd’s.

The new investment vehicle uses protected cell company legislation. A PCC is a standard limited company that has been separated into legally distinct portions, or cells. The income, assets and liabilities of each cell are kept separate from all other cells. Each cell has its own separate portion of the PCC’s overall share capital, allowing shareholders to maintain sole ownership of an entire cell while owning only a small portion of the PCC as a whole.

Lloyd’s has sponsored the creation of an independently owned and managed U.K. PCC called London Bridge Risk, PCC Limited, which can be used as the channel between investors and managing agents’ corporate members. This will make investing in Lloyd’s easier for ILS capital and help Lloyd’s catch up to Bermuda. The PCC will provide an access point for both U.K. and international investors, including ILS investors, to deploy funds in a tax transparent way into the Lloyd’s market. Lloyd’s members will be able to use the new vehicle to manage their capital requirements by attracting new classes of investors, such as pension funds, and will benefit from reduced set-up times and lower transactional costs.

London Bridge Risk’s insurance management services will be provided by Horseshoe, which specializes in the management of ILS vehicles and operates across multiple jurisdictions.

Even though ILS investment is not new to Lloyd’s, this is the first time that a U.K. PCC has been set up as a platform to allow investors to back and provide capital to members at Lloyd’s.

Currently, Tiernan is at U.K. insurer Aviva as its managing director U.K. commercial lines and global corporate and specialty, but he previously served as CFO of Aviva Insurance Limited. He is a former chairman of the International Underwriting Association (IUA) and sits on the London Market Group’s board of directors.

Beazley turns a profit into a loss

The effect of COVID-19 on Lloyd’s syndicates was shown when managing agent Beazley turned a $267.0 million profit in 2019 into a $50.4 million pretax loss in 2020, effectively turning a positive five percent return on equity into a negative three percent return.

Although gross premiums rose by 19 percent to $3.56 billion, the claims from COVID business added 11.0 percent to the combined ratio, which reached 109 percent despite Beazley releasing $93.1 million of previous year’s reserves. With interest rates being low, investment income dropped to $188.1 million from $263.7 million in 2019.

Beazley’s estimated COVID-19 losses are $340 million. Beazley said it will only revise this figure again if events continue to be canceled in the second half of 2021. Beazley estimates the worst-case deterioration to be a further $50 million, net of reinsurance, but at the end of 2021, it has very little exposure for further deterioration.

The good news is that this seems to be a one-off hit. Beazley’s statement to the accounts said that rate increases for 2021/2022 renewal season reached 15 percent, compared to three percent for the 2020/2021 renewal season. This on its own should be enough to produce an underwriting profit, but add in the changes to policy wordings to restrict cover, and one can see why Beazley is confident of paying a dividend in 2021.

In the middle of last year, Lloyd’s announced its decision to focus on the U.S. reinsurance and E&S markets and to relinquish its admitted licenses in the U.S. Virgin Islands, Kentucky and Illinois. Not wanting to upset U.S. clients or regulators, Lloyd’s has discussed terms and come up with firm plans.