In the last few weeks excited young underwriters have been talking about the market turning, older ones talking about realistic commercial insurance rates for the first time in years and everyone hoping for real underwriting profit.

We older brethren are thrilled by this, but at the back of our minds are the mistakes of the past and the hope that this brave new world of underwriting profit won’t be destroyed overnight by underwriter greed.

So far, London underwriters have reported increased rates and are taking advantage of a hardening market. Syndicates report rates across the board rising by up to 20 percent as the descent in insurers’ and reinsurers incomes’ is reversed. Originally, insurers and reinsurers were not inclined to stop at these increases. They talked about higher rates throughout the 2020 underwriting year – until now.

As always, in this situation one problem remains – underwriter discipline. In Lloyd’s this isn’t the problem it used to be. With most of Lloyd’s capacity now provided by corporate investors, new rules were introduced to prevent uneconomic insurance rates being charged. That’s great for Lloyd’s, but these rules do not apply to the rest of the London or the worldwide market. 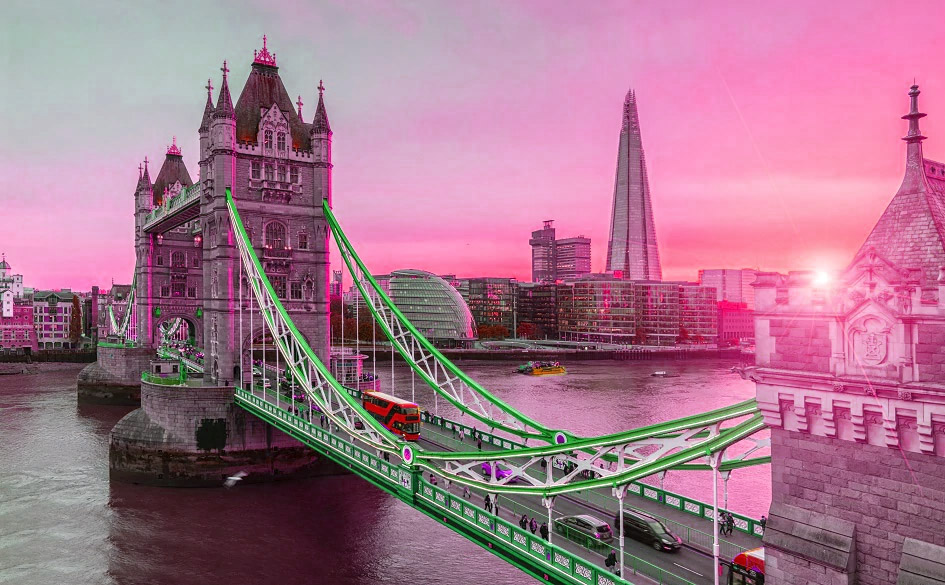 In the last few weeks it seems the story is changing somewhat. While rates are rising substantially, the sharks of overcapacity are circling, and the anticipated large rate increases already are being talked down. Prices are still going up, but the pressure cooker rate rises of a few weeks ago appear to be declining to a more acceptable level to buyers.

The reinsurance markets appear to be the ones putting on the brakes this time. The word on the street is that rates will still rise, but perhaps not as high as expected. With few good investment opportunities in the world at the moment, it’s not surprising that capacity is flocking back, and the large increases dreamed of in the autumn will not be realized. AM Best’s warning that rate rises are not just for this renewal season, but for years to come, apparently is being ignored.

Before the primary market and the direct buyers wipe their brows and relax, they better take into account that rates will still rise. The reasons for this year’s hard or harder market still exist, and insurers and reinsurers take them into account during the renewal season and throughout the rest of the year. As broker Arthur J. Gallagher said recently, this is not the traditional hard market that we know. Gallagher believes increases are driven by underwriters who need to rebuild their industry’s capital by making underwriting profits. Underwriters will ignore the pleas from primary markets and risk managers who say they can’t afford to pay big rate increases.

The problem for buyers is that these rate increases are a worldwide phenomenon, with insurers and reinsurers all demanding positive underwriting results, leading to worldwide support. Buyers might find their cover cheaper elsewhere, but the capacity offered will not have London’s strength.

Meanwhile, the traditional end-of-year game continues, with underwriters trying to increase their premium income against brokers looking for the best deal for clients. This year, the underwriters have the upper hand. Rates have already increased by double digits, and the market is standing firm.

Unfortunately, it seems as if overcapacity will grab the hoped for pot of gold from underwriters, but perhaps they should be grateful for the increases they have. It will be interesting to see the final figures once this year’s renewal game is over.

With rates across the board rising, albeit at less than hoped for increases, Lloyd’s CEO John Neal changed the Lloyd’s business plan, which was originally announced for the 2021 underwriting year, and upped the market’s expected premium income by around six percent to $54 billion. Neal stressed that performance of the market was Lloyd’s number one priority and that the aim was profit before growth. Lloyd’s wants to help the best syndicates achieve their ambitions while improving or removing the poorest performers. Lloyd’s said the new plan reflects a higher retention of business and higher rates than planned but is offset by lower new business levels.

The Standard syndicates will be allowed to grow their market share of 2021 income from 30 percent to 39 percent. In some ways, this seems odd as this is a greater percentage increase than the Light Touch syndicates, but perhaps Lloyd’s wants to make the syndicates up their game.

Lloyd’s will undertake a review of all syndicates’ business plans in the first quarter of next year to ensure they remain robust and reflective of the current economic situation and that their premium income will remain within Lloyd rules.

Lloyd’s investors looking at the latest forecasts for the 2018 and 2019 underwriting years might be comforted by the decrease in the size of the market’s expected loss.

As usual, Lloyd’s published three figures for each underwriting year – worst-case, mid-case and best-case. For the market overall, the worst-case figure for 2018 is still a large 8.42 percent underwriting loss, but at least it’s a few points better than three months ago. Lloyd’s will close this book of business Dec. 31, so don’t expect too much improvement, but be prepared for the market’s operating expenses to be added. The mid-case figure is a market loss of 5.48 percent, and even the best-case figure is a loss of 2.53 percent.

The Light Touch syndicates, which have high quality business and a superior results record, will be allowed to grow their premium income from the originally agreed 19 percent to 25 percent. Lloyd’s will allow these syndicates to grow both their exposure and premium income.

Lloyd’s to review use of 1 Lime Street

The City of London hasn’t got tumbleweeds blowing down its streets – yet. Because of COVID-19 many city workers operate from home. Lloyd’s is operating at 50 percent capacity as are many financial institutions. During March, commuters abandoned London with underground use falling by 95 percent. Since then, city workers gradually returned, but buses, the underground and trains are running at 30 percent of pre-COVID-19 levels, which means 70 percent of London market insurers work from home.

Lloyd’s and other city institutions are left with a major problem – paying 100 percent of the cost of running the building for only 30 percent of the market. As a result, Lloyd’s, like many other City of London organizations, is reviewing use of its headquarters at 1 Lime Street and may drastically reduce utilization. In a recent interview with a U.K. newspaper, Lloyd’s Chairman Bruce Carnegie-Brown said, “Lloyd’s started as a coffee shop and might end up looking more like a coffee shop again.”

The area around Lloyd’s has more than 50,000 employees who work or support the London insurance market, and these are seen as crucial to the city’s status as a leading financial center. The problem is that the traditional face-to-face trading done at Lloyd’s and other city institutions is now difficult, and at the same time, the uncertainty over what damage will be done to the city by Brexit is leading to doubts about what action to take.

One thing is certain, if people don’t return to the Lloyd’s trading floor, it will not be needed at its current size. What may be needed is a smaller area for face-to-face trading, together with the ability to trade digitally. Lloyd’s believes that the right environment for people to meet and trade insurance risks is more important than how many desks there are.

Lloyd’s review, according to the chairman, will focus on the building itself as well as the trading floor. Originally built for a perceived expanding market, Lloyd’s never opened all four of the planned trading floors, and as syndicates got bigger in terms of capacity but smaller in terms of trade, only two of the four floors were needed.

While Lloyd’s will try to update its working practices and look for ways to cut expenses, it also needs to look to how the market will interact in the future. Most of the existing Lloyd’s and London market staff, including front line broking and underwriting as well as back room support staff, learned how to operate from watching and working with an experienced workforce. Just as important was the networking both at work and at leisure, where people in the market learned from each other and made contacts for the future. If that’s taken away, a lot of experience and trust will be lost.

Since 1982 Lloyd’s has been run by a ruling council. Things continued smoothly for some years, but following disastrous results, Lloyd’s introduced its Franchise Board in 2003, which was responsible for market strategy, risk management and profitability targets across the Lloyd’s market. The Franchise Board was also accountable for the financial running of the market, and it introduced business plans and the rule that syndicates can write business only if they are going to make money.

Seventeen years down the line and the Franchise Board has been a great success. There is a new breed of Lloyd’s managing agents, and the concepts introduced by the board were accepted as part of the everyday running of a syndicate. With the Franchise Board no longer having any real purpose, Lloyd’s decided to merge it with the Lloyd’s Council, effective on June 1 this year, to create a more efficient and less expensive market.

There are 15 members of the new Lloyd’s Council, of which six are elected by the market. Due to COVID-19 lockdown restrictions, Lloyd’s was unable to hold a full contested election process in April as it originally planned. Instead, Lloyd’s rolled over existing elected members until full elections could be held.

The other nine members of the council are nominated by organizations, such as the Bank of England, and include Lloyd’s chairman, CEO and CFO.

The one organization you would not want to play poker with is the European Union. If a deal is to be struck at midnight, the EU will wait until 11:59 p.m. to move. For years, the U.K. and the EU have discussed their future, and now a no-deal decision seems to be the likely outcome.

Where this leaves the U.K. in terms of trade is anyone’s guess. Fortunately, the London market started to prepare for a no-deal situation months ago. Lloyd’s set up its Lloyd’s Europe subsidiary in Belgium, followed by major insurance companies and Lloyd’s brokers. There is no problem with new business; it will be written by Lloyd’s Europe and reinsured by the Lloyd’s market. The problem was with the existing European policies written by Lloyd’s underwriters.

Fortunately, this problem has been solved by the High Court of England and Wales approving the transfer of European Economic Area policies to Lloyd’s Insurance Company SA, which became necessary in order to be able to continue to service all European insurance liabilities after Jan. 1, 2021.

The Brussels-based operation, Lloyd’s Europe, is able to write non-life risks from all 30 EEA countries and is backed by reinsurance with Lloyd’s syndicates.