Aon has signed agreements to sell its U.S. retirement business to Aquiline and its Aon Retiree Health Exchange business to Alight for total gross consideration of $1.4 billion. These transactions are expected to provide further momentum on the path to close Aon’s proposed combination with Willis Towers Watson. Aon confirms $800 million of cost synergies and expects the combination to create significant shareholder value. Aon announced the definitive agreements on June 3. The agreements are intended to address certain questions raised by the U.S. Department of Justice in relation to the combination with respect to the markets in which these businesses are active. Aon and Willis Towers Watson continue to work toward obtaining regulatory approval in all relevant jurisdictions. Aon and Willis Towers Watson previously announced the divestiture of Willis Re, a set of Willis Towers Watson corporate risk and broking and health and benefits services, and Aon’s retirement and investment business in Germany. Total 2020 revenue announced or offered to be divested, contingent on the combination, is $2.3 billion. Of the $2.3 billion, approximately 35 percent occurred in Q1, 23 percent in Q2, 18 percent in Q3 and 24 percent in Q4. The U.S. retirement business Aquiline will acquire includes approximately 1,000 colleagues, and the agreement includes U.S. core retirement consulting, U.S. pension administration and the U.S.-based portion of Aon’s international retirement consulting business, along with many solutions and tools. The agreement with Aquiline does not include Aon’s non-U.S. actuarial, non-U.S. pension administration or international retirement businesses based outside of the U.S. Aquiline Capital Partners is a private investment firm based in New York and London with $6.4 billion in assets under management. The Aon Retiree Health Exchange, which Alight will acquire, is an individual market solution that better supports employers and their retirees. It was the first retiree exchange to meet the National Council on Aging (NCOA) standards and continues to meet or exceed those rigorous standards of excellence in consumer education and health insurance brokerage services for people with Medicare.

Sedgwick announced June 8 that it has acquired Automotive Damage Appraisers of the Southwest and Metro Appraisal. Colleagues from both companies are now part of Sedgwick’s auto appraisal division. ADASW is a regional independent appraiser of damaged cars, heavy equipment and other vehicles. Founded in 1952, ADASW’s strong presence in Colorado, New Mexico and Texas expands Sedgwick’s auto claim offerings in the Southwest. Metro Appraisal is the largest provider of independent auto appraisals in the state of Florida. Founded in 1988 and based in the Tampa area, Metro and its team of more than 20 independent appraisers across Florida conduct approximately 50,000 damage appraisals each year. Sedgwick expanded into the auto appraisal space in 2020 with the acquisition of Nationwide Appraisals. Today, Sedgwick is the U.S. leader in high quality auto and heavy equipment appraisal solutions, with cutting-edge technology and a coast-to-coast network of more than 1,000 independent appraisers. Sedgwick’s majority shareholder is The Carlyle Group; Stone Point Capital LLC, Caisse de dépôt et placement du Québec, Onex and others are minority shareholders.

AM Best announced May 20 that it has revised the outlook to positive from stable and affirmed the financial strength rating of B++ (Good) of Stonetrust Commercial Insurance Company and its reinsured subsidiary, Stonetrust Premier Casualty Insurance Company. The companies are domiciled in Omaha, Nebraska, and are collectively known as Stonetrust Insurance Group. The outlook revision to positive reflects the group’s overall balance sheet strength. AM Best expects the group to continue to report favorable loss reserving trends, maintain the strongest level of risk-adjusted capitalization, and continue to generate organic surplus growth through profitable underwriting and investment performance. While common stock leverage remains elevated, management is expected to maintain close controls over the portfolio to mitigate potential volatility and keep equity leverage within tolerance levels. The group’s adequate operating performance benefits from profitability initiatives geared toward refining the classes of business written, as well as a commitment to safety and loss prevention strategies. The group’s limited profile reflects its product and geographic concentration, writing monoline workers’ compensation coverage primarily in Louisiana, Oklahoma and Arkansas. While management intends to expand its book of business, it will do so in a methodical way within familiar classes of workers’ compensation.

AM Best announced June 2 that it has placed under review with negative implications the financial strength rating of B- (Fair) of Safepoint Insurance Company (Temple Terrace, Florida). The under review with negative implications status for Safepoint reflects its near-term capital management plan for its holding company, Safepoint Holdings Inc. The unfavorable pressure from the holding company, as it relates to the insurance company’s overall balance sheet strength, has increased due to equity erosion and outstanding debt, which exceeds AM Best’s threshold for what is considered a neutral level of financial leverage. Safepoint’s capital management plan calls for an improved financial position for Safepoint Holdings Inc., which is expected to alleviate the aforementioned pressure. Should these plans not materialize within the expected timeline, negative rating action may follow. The ratings will remain under review until management finalizes and executes this plan and AM Best evaluates the impact on the overall organization.

The U.S. property/casualty industry saw its net underwriting income fall in first-quarter 2021 by 53 percent as compared with the same prior-year period, according to preliminary financial results, AM Best said June 3. This financial review is detailed in a new Best’s Special Report titled First Look: Three-Month 2021 Property/Casualty Financial Results, and the data is derived from companies’ three-month 2021 interim statutory statements that were received as of June 1, representing an estimated 99 percent of the total P/C industry’s net premiums written. According to the report, the combined ratio for the P/C industry deteriorated to 96.4 from 95.0 in the first quarter of 2020. Catastrophe losses accounted for an estimated 6.9 points on the three-month 2021 combined ratio, up from an estimated 3.3 points in first-quarter 2020. Despite 2.3 percent growth in net earned premiums in the quarter, increases in incurred losses, loss adjustment expenses and underwriting expenses, as well as a 72 percent rise in policyholder dividends, drove the underwriting income decline. With net investment declining slightly, the drop in underwriting income drove a 12.9 percent reduction in pre-tax operating income. As tax expenses were down 18.4 percent and realized capital gains were up $4.1 billion, industry net income increased by 11.4 percent from the same prior-year period to $20.2 billion. 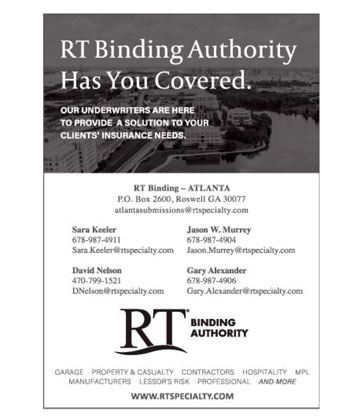