She succeeds Lyndsey Manalla Graham, Servpro of Metairie, who remains on The 1752 Club’s board of directors. 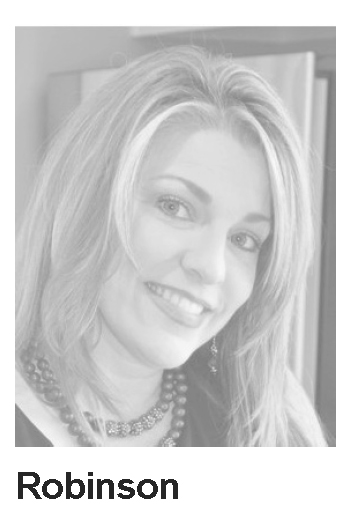 Robinson has more than 17 and one-half years of experience in the insurance industry, having started with American Hallmark Insurance Company as a Texas territory manager after graduating from college.

In an interview after being installed as president of PIA of Baton Rouge, Robinson told the Reporter that a friend recommended that she interview for a position with an insurance company which had an opening for a marketing representative in Austin. “I got the job with no insurance experience, and moved from Baton Rouge to Austin, Texas,” Robinson said. Her territory was south Texas, from Austin down to Brownsville.

After AssuranceAmerica, she went to work for AccuAgency where she was the Louisiana/Mississippi state coordinator for a little more than eight years before joining UPC Insurance as a territory sales manager. She has been at UPC for four and one-half years.

In addition to her service to The 1752 Club, Robinson served as president of PIA of Baton Rouge for two years and on the board of the Northshore Chapter of PIA.

Robinson, who holds the CPIA designation, is a 2002 graduate of Southeastern Louisiana University in Hammond with a degree in general management.

Outside of insurance, Robinson is active with her son’s Cub Scout organization and will be treasurer of the pack next year.

One of the benefits she sees from her membership in The 1752 Club is networking with members at the events hosted during the year. The 1752 Club typically meets four times a year: in February for its annual meeting; in May for a Day at the Races; in July during the PIA Convention, and in October or November for a Saints tailgate party. With the pandemic, Robinson hopes that The 1752 Club can get back to in-person social activities but, according to Robinson, the board is planning virtual activities just in case.

When asked by the Reporter what she thought was the biggest challenge facing agents in Louisiana, she pointed to the hardening market. “Agents will see stricter underwriting guidelines and tighter access to markets,” she said. “The effect on agents will depend on how long the hard market lasts, how hard it gets and what changes occur because of it,” she added.

The 1752 Club’s membership consists of field representatives and/or inside company marketing managers and others who engage in appointing independent agents, including general agents, surplus line brokers, property and casualty adjusters, along with marketing representatives for service industries such as defense attorneys, premium finance companies and insurance software companies.

The name of The 1752 Club is a reference to the founding date of the first property insurer in North America, March 26, 1752. Benjamin Franklin was among the founders of the company, The Philadelphia Contributionship for the Insurance of Houses from Loss by Fire, which survives to this day.