Over the course of 2020, the Texas Department of Insurance levied $7.1 million in administrative penalties or fines through enforcement orders against insurers, brokers and agents. This amount does not include administrative penalties that were invoiced and paid timely by licensees during the year and, therefore, did not reach the level for a disciplinary action. 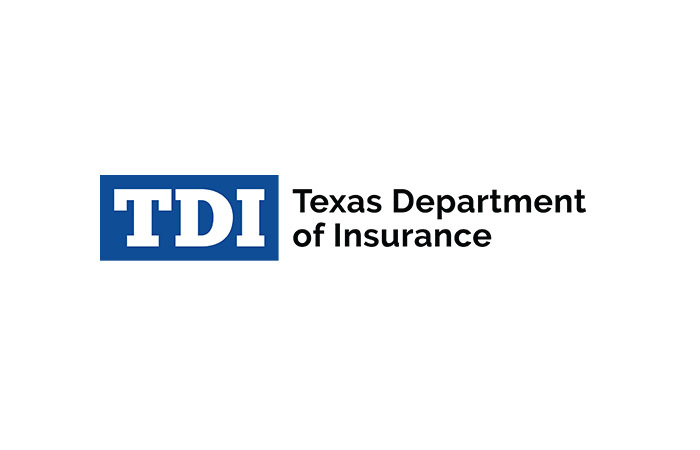 Penalties in 2020 ranged from a high of $3.0 million against GEICO to a low of $500 against a Corpus Christi agent. GEICO agreed to the penalty by consent order, but without admitting a violation of the Texas Insurance Code or rule and specifying that the existence of a violation is in dispute. The enforcement order against GEICO cited the GEICO companies for failing to timely pay certain personal automobile claims and failing to pay statutory interest on late paid claims.

The Corpus Christi agent’s violation was failing to place a commercial policy after collecting premium and charging an agency fee without the policyholder’s consent.

Included in the penalties for 2020 was $382,950 levied against 46 surplus lines agencies for failing to timely file new or renewal surplus lines policies and related documents. The range of fines was a high of $66,675 against Southwest Risk LP, Dallas, to a low of $2,150 against Avant Underwriters, Brentwood, Tennessee. Fines of this nature vary depending on the number of late filings and the number of days the filings were late, as well as the agent’s prior late filing behavior.

Administrative penalties for two firms in 2020 resulted from market conduct examinations conducted by TDI covering the companies’ sales, advertising and marketing, underwriting and rating, claims practices and consumer complaints against the insurers’ private passenger automobile business for the calendar year 2016. Each of the companies was fined $80,000. Together, these two companies wrote less than one percent of the Texas private passenger auto market in 2016.

While both companies signed their enforcement order, neither company admitted to any violation of the insurance code or other governing rules or regulations. Both held that the existence of any such violation was in dispute.

Elephant Insurance Company, Henrico, Virginia, operates on an admitted basis in Texas. The company’s fine was levied in April. Unitrin County Mutual, Dallas, a subsidiary of the Kemper Group headquartered in Delaware, was included in December’s orders. Both were issued by Chief Deputy Commissioner Doug Slape, as recommended by Leah Gillum, deputy commissioner for TDI’s Enforcement Division.

The order against Elephant cites more than 100 instances of violations found through a sample review. The order does not state how large the sample was, but it details the violations against seven Texas statutes. The April 2020 order states that similar violations were noted in a previous examination of Elephant’s private passenger auto business in 2014. It is unclear from the order if the examination was conducted in 2014 or if the examination covered business written in that year.

There were 48 consumer complaints against Elephant in 2016, six of which were considered confirmed by TDI. The enforcement order cites Elephant for failing to respond to TDI’s inquiries within 15 days five times.

Other violations cited include 15 instances of the company’s failure to factor antitheft and e-signature discounts into the insureds’ premium; two instances of failing to timely mail notices of nonrenewal; nine instances of either unsigned UM/UIM forms or forms dated after policy issuance; 33 instances of either unsigned PIP forms or forms dated after the policy was issued, and 47 instances when the person acting as an insurance adjuster was unlicensed. The order did not include restitution to any 2016 policyholders, nor did the order cite the company for failing to pay any claims that might have been due under the irregular UM/UIM or PIP forms.

The order included a few of Unitrin’s defenses of the allegations. The company contended that the agents listed on the 23 policies were either employees or subagents of the agency appointed by Unitrin. The company also stated that its claims procedures assured that Unitrin would pay any UM or PIP motorist’s claim if the company determined that at the time of the claim, a written rejection was not obtained or in the policy file; Unitrin further contended that there were no claim denials associated with the 23 policies identified in the examination.

As to the TDI examiner’s issue with the company failing to have reasonable standards for investigating a claim, “Unitrin contends it was acting in good faith at all times and that the claim in question was resolved with a verbal settlement and Unitrin timely paid the agreed amount.”

Both companies may have breathed a sigh of relief when the regulator offered the $80,000 settlement, as each violation of the insurance code can be met with a $25,000 fine. The general statute for such penalties, however, requires that the amount of the fine be based on the seriousness of the violation, including the action’s nature, circumstances, gravity and potential hazard to the public; the economic harm to public interest or public confidence; history of prior violations; an amount necessary to deter future violations; efforts to correct the violation, whether the violation was intentional and any other matter that justice may require (Texas Insurance Code Sec. 84.022).

Additional details on how the fines against these two companies were determined are unavailable to the public, as market conduct examination reports and work papers are confidential by law.

Compared to other states

According to the NAIC’s State Resources Report 2020 Vol. 2, Texas ranks high among states issuing fines and penalties. NAIC’s data is from 2019, as self-reported by NAIC-member insurance departments, most by fiscal year ending in 2019, others by calendar year.

Texas ranked second to New York in total fines and penalties meted out in 2019, with Texas assessing $43.9 million in penalties and New York, $75.2 million. These fines as a percentage of premium also rank as the highest two, with Texas at 0.024 percent and New York at 0.036 percent. Total fines across 52 U.S. jurisdictions, including the 50 states, Washington D.C. and Puerto Rico, was $191.5 million or 0.008 percent total premium.

At the bottom of the fines and penalties ranking was North Dakota, with $46,877 in assessed penalties, or 0.0007 percent of premium.

In a separate applied analysis by population based on 2019 estimates from the U.S. Census Bureau, the Reporter found the cost of these fines per person, based on population, also puts Texas in second place to New York. The cost per person in Texas was $1.52 and in New York, $3.87. The U.S. average cost of such regulatory penalties per person is $0.58. At the bottom of cost per person is Indiana, where fines against regulated entities were less than $0.02 per person.