TWIA prepares for $4.03 billion in losses

So the board, forewarned of the dilemma and after settling on $4.03 billion as the probable maximum loss, voted unanimously to authorize its broker to purchase $1.9 billion of reinsurance in excess of $2.1 billion paid losses. Guy Carpenter estimates that the cover will cost $95.3 million. 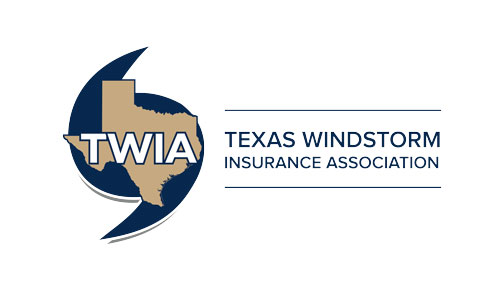 Walenta’s remarks came on March 23 as the board discussed the amount of reinsurance necessary to bring TWIA’s 2021 funding to the one-in-one hundred year probable maximum loss, as both required by law and capped for TWIA expenditure by law. Under a law passed in 2019, the cost of reinsurance purchased above the 1:100 PML would be shared by private market property insurers in Texas.

In reaching the decision, the board opted to rely on Guy Carpenter’s recommendation of using the 50/50 blend of the RMS and AIR cat models, despite the earlier Willis, Towers, Watson (WTW) recommendation to use a 75/25 blend of the models to save on reinsurance costs. Tad Delk, Guy Carpenter’s representative at the board meeting, said that historically, both models have proved too low to meet cat losses in Texas, so he found no compelling reason to weight one model as more credible than the other.

Corise Morrison, an industry board member, said she serves on other insurance boards. Her experience is that the 50/50 blend is aligned with decisions made by other boards. Board members Karen Guard and Mike Gerik agreed. While coastal representative Georgia Neblett said she found merit in the 75/25 blend, Neblett went along with the other board members’ recommendation.

The board reviewed key considerations prior to making its final recommendation. Among these considerations was that TWIA has a $60.1 billion exposure limit for the $66.3 billion of insured values in its book of business. There are 196,000 policies issued, for total written premium of $360 million.

Funding potential for losses starts from TWIA’s gross written premium, then turns to the Catastrophe Reserve Trust Fund for additional loss funding. Currently, the CRTF balance is about $180 million. TWIA’s event bonds would fund the next level of losses of approximately $1 billion, then the association turns to assessments on the member companies for the next $1 billion for funding losses. The reinsurance layer follows. There is no defined funding for losses that exceed the reinsurance layer.

Lawmakers meeting on legislation affecting TWIA during a House Insurance Committee hearing on March 30 heard from TWIA Actuarial and Underwriting Committee member Stephen Alexander, who testified in favor of HB 769 by Rep. Mayes Middleton, R-Galveston. The proposed legislation, among other things, would pass all reinsurance costs to the member insurers. Alexander said he was representing a coalition of TWIA policyholders. Alexander called it a “clear conflict of interest” that Guy Carpenter runs the cat models that become the very basis of the broker’s reinsurance proposal. The particular provision of the bill that Alexander supported was the use of an independent actuary to model TWIA’s 1:100 PML. Alexander, by profession, is a consulting actuary.

Alexander said the current system of the broker running the cat models is one that works in the private sector, but opined that this system is not appropriate for the market of last resort. Comments from both Middleton and committee colleague Rep. Scott Sanford, R-McKinney, agreed with Alexander’s opinion of the inherent conflict of interest.

In other action during the March 23 TWIA board meeting, members agreed to have Guy Carpenter price additional reinsurance that would exceed the 1:100 PML, even though industry board members expressed reluctance to pass additional costs to member insurers.

Also on March 23, board members declined to forward a rate increase recommendation to the Department of Insurance.