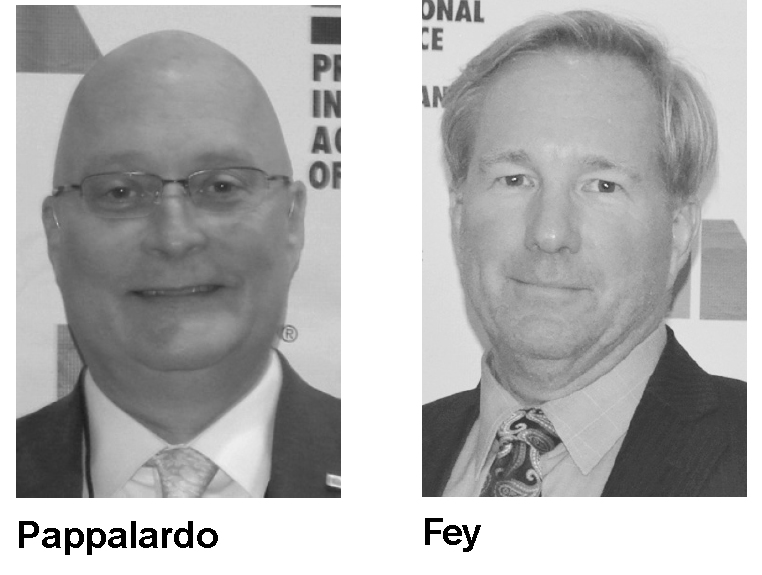 Pappalardo, a 31-year veteran of the insurance business, got his start at his family’s agency in 1989, while he attended Loyola University. He wasn’t sure that he wanted to work in the insurance business until he had a claim on one of the first policies that he had written, and the claim was covered. “I was hooked,” Pappalardo told the Reporter in a previous interview. That was when he realized that the job of an insurance agent was to help protect people.

He is currently vice president of Pappalardo Agency Inc., a position he has held since 1998, and is responsible for daily operations, management, marketing, underwriting and risk management. He also is responsible for new and existing commercial and personal lines accounts.

The agency was founded in 1943, and Pappalardo is the third generation to run the agency. He has worked in the New Orleans and Mandeville offices.

Pappalardo, a past-president of PIA of Louisiana, currently serves as the national director, and serves on the Industry Affairs committee. In the past, he has chaired various committees.

In 2017, the year Pappalardo received the PIA of Louisiana’s Volunteer of the Year award, he had taken over the state association’s Disaster Relief Task Force, which is charged with locating member agents who are disaster victims and ask what help they need.

In addition, Pappalardo is a past president of the Northshore Chapter of PIA (2015) and has held all of the officer positions for the local chapter.

In 2003, he received the Steven R. Dach Award from the Independent Insurance Agents and Brokers of America. Steven Dach was the creator of the InVEST program – Insurance Vocational Education Student Training. The award recognizes people in the industry who help further Dach’s goals and visions for InVEST.

He is a 1991 graduate of Loyola University with a bachelor’s degree in liberal studies and received his MBA from Louisiana State University. He holds the Certified Insurance Counselor designation, which he achieved in 1995.

He is an insurance instructor and almost annually is called upon by the New Orleans Metropolitan Association of Realtors to lead a session for real-estate agents outlining current trends in personal lines of insurance.

Pappalardo’s community service over the years has centered on his two sons, Sal and Sid, and the Boy Scouts of America. Those days are pretty much over since both of his sons have “Eagled out” of scouting. That is, they have achieved the Boy Scout’s highest rank, Eagle Scout, and reached 18 years of age.

He serves on the PIA Insurance Technology Leadership Advisory Board (PIA IT LAB). The goal of the PIA IT LAB is to enable PIA Agents to write business online in the same way that direct writers are able to. This technology will enable PIA members’ clients to get a quote, pay for the policy and receive an insurance card all online even after hours.

Pappalardo told the Reporter that the best thing that an agent can do is get involved with PIA. “No matter how much you put into the association, you get more out of it,” Pappalardo said. It is important for agents to step up and get involved on a local association’s board. “If you want to further your insurance career and be respected in the community, serve on the local chapter’s board,” he added.

Fey, a past-president of PIA of Louisiana, has been in the insurance business for the past 40 years.

He got his start with Ohio Casualty Insurance Company after graduating from the University of Cincinnati in 1981 having earned a degree in business administration with an emphasis on economics and management.

He then went to work for Travelers Insurance Company, helping set up its Construction Division when it was split off from the Commercial Lines Division, before joining BXS Insurance in 2007. He is currently the vice president of risk management for BXS Insurance.

Fey currently serves on the PIA of Louisiana Government Affairs Committee, and helps track bills during the legislative session and often testifies on behalf of the insurance industry.

The last legislative session was dominated by bills that tried to address the alleged unfair claim practices that were the result of the five named storms, three of which were hurricanes, that struck Louisiana in 2020. “There was a large public outcry over the way claims were handled,” Fey said.

According to Fey, most of the problems were the result of the sheer volume and severity of the claims, coupled with a lack of qualified adjusters to handle the claims.

“PIA and the industry as a whole were able to get bills pulled or amended so that in the end there will be minimal impact upon the industry,” Fey said.

One of the bills that got amended was HB 585 by Rep. Brett Geymann, R-Lake Charles. As originally filed, the bill provided for bad faith penalties of 200 percent of the amount payable, and for a 15-day payment requirement. “We worked very hard to restore the 50 percent penalty and the 30-day payment requirement as outlined in the existing statute,” Fey said.

In addition, according to Fey, the conference committee reduced the minimum penalty to $2,500 from the $10,000 called for by the original bill for failure to pay the undisputed amount of the loss from a declared disaster within 30 days.

House Bill 585, which became Act 344 after being signed by the governor, also requires insurers to provide the adjuster’s report within 15 days of it being requested by the insured. “We tried to get this bill amended to say ‘in writing,’ but we were unsuccessful at getting this change made,” Fey said.

Another bill that Fey described as a “victory” because it did not pass was HB 458 by Rep. Michael “Gabe” Firment, R-Polluck. “This bill would have required payment of additional living expenses if a residential property was damaged by a storm and lost power no matter how much damage was caused to the property,” Fey said.

“HB 458 kind of flew under the radar, we never thought the bill would go anywhere,” Fey said. “It was after the bill flew through the House unopposed that PIA strenuously opposed the bill, and it was tabled in the Senate,” Fey added.

The 2021 Louisiana Legislative session, according to Fey, also saw the standardization of the appraisal clause already found in most, if not all, property insurance policies and the formalization of a list of 21 prohibited adjusting practices that mirror some of the already existing insurance industry’s more basic claim handling standards and practice.

In addition to his volunteer work with PIA of Louisiana, Fey serves on the Agent Advisory Board to the Commissioner of Insurance and the Property and Casualty Commission of Louisiana.

He holds the CRM, CPCU, CIC and AIC designations.